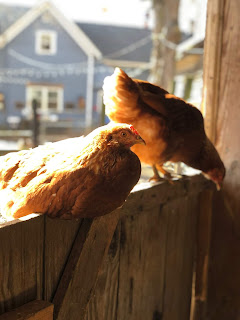 The invention of the microwave oven almost ruined my relationship with Poultry.  For real.  It was the early 1970s and my mother was the quintessential  "liberated woman" of that era.   She worked full time, had three young children, and there were never enough hours in the day...sound familiar?  We ate too many frozen chicken pot pies and fast food dinners and Mom Guilt was just as torturous then as it is today.  She wanted to provide nutritious home cooked meals and the idea that this Miracle Appliance could zap Raw Food and morph it into an Instant Meal held great appeal.  Mom was eager to make the dishes featured in the Microwave Cookbook and it wasn't long before Asian Chicken Drumsticks made an appearance.  I  still get queasy when I think about it.

The chicken looked and tasted just as one would imagine….pallid, fatty skin made only faintly less so after its spin in the Microwave...somewhat gelatinous and smelling faintly of Orange. The meat was not much better...rubbery and tough, we had to tear into it like feral dogs in order to separate it from the bone.  Unfortunately, Asian Chicken Drumsticks became a family staple, appearing on the dinner table once or twice a week.  It got to the point where we  could stand it no longer and Mutiny ensued. The Era of Asian Chicken Drumsticks was officially over.  Praise the Lord and bring on the Boxed Macaroni and Cheese. 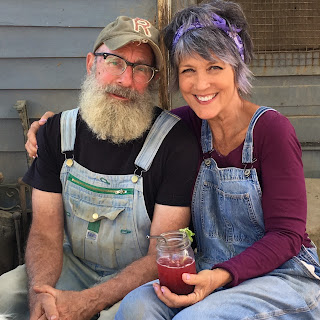 Years passed and I morphed into a busy mother myself and I could certainly relate to Mom's  desire to employ short cuts when it came to putting food on the table.   More years passed.  The kids grew up and feathered their own nests.  Meals are a two person event these days.  Cooking for two presents a different set of challenges.  Life is still crazy busy, and it sometimes seems like too much trouble to make a "real" dinner for just the two of us.

We have "Boy Jobs" and "Girl Jobs" on the farm, political correctness be damned.  Frankly, I appreciate the fact that checking on a sheep in labor before bed time in the rain counts as a Boy Job.  The Farmer appreciates the fact that if we are to eat then I am in charge of making it happen.

Advance Food Prep makes a big difference in my world and the Freezer is my best friend.  If I plan to make a Tikka Masala, I will make enough basic curry paste for that meal, and five more.  The extra is divided into small containers, labeled,  and frozen for future meals. 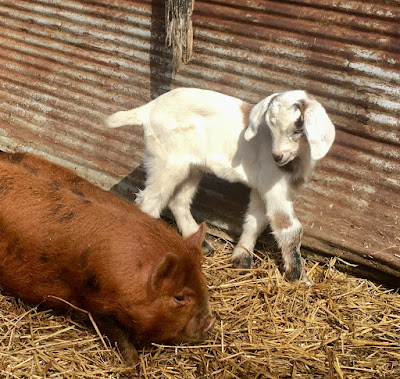 season or trying to get veggies planted in the fields, it is reassuring to know that I can grab a container of Indian Bhuna Masala from the freezer and have Tikka Masala on the table in minutes.  A "real" dinner just for the two of us after a long day is delightful way to reconnect!

One of my favorite sauces, Vietnamese Black Pepper Sauce, freezes beautifully so we always have it on hand.  It is very versatile...pairing well with both chicken and pork.  In fact, back when The Farmer and I owned a little Farm to Table Cafe in Leiper's Fork, Tennessee the Vietnamese Black Pepper Pork with Mango Pepper Salsa was a guarantee sell out when it appeared on the menu.  But I digress....today we are focused on delightfully sticky chicken wings!  These are always a hit...great for an appetizer or a meal.  They take a while to cook, but it is mostly inactive time, so you can throw on some laundry, do a bit of yoga, or help kids with homework and STILL get dinner on the table.  First, make a big batch of sauce!


Vietnamese Black Pepper Sauce
I cut this recipe out of a magazine almost two decades ago but didn't try it until a few years ago. I shouldn't have waited so long!


Over the years my aversion to anything described as "Asian Chicken" abated and Vietnamese Black Pepper Chicken Wings are a welcome addition to the dinner rotation. 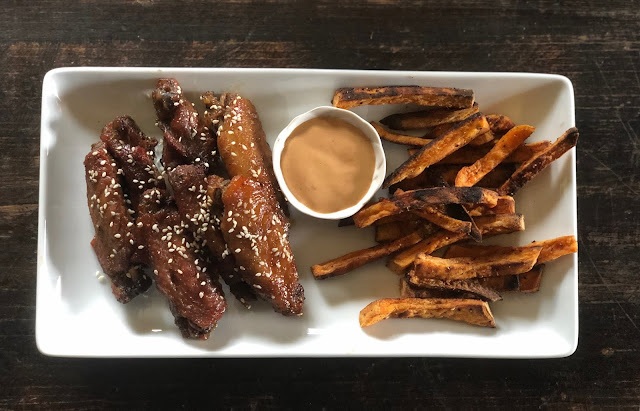 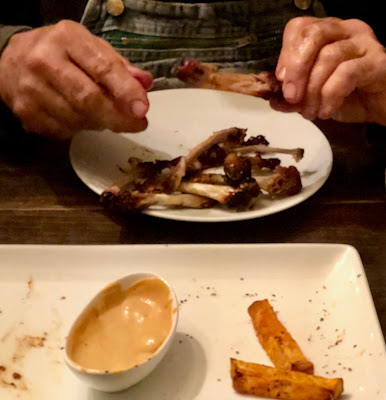 These wings will appeal to young and old...the heat is very mild and can be adjusted to suit individual taste.